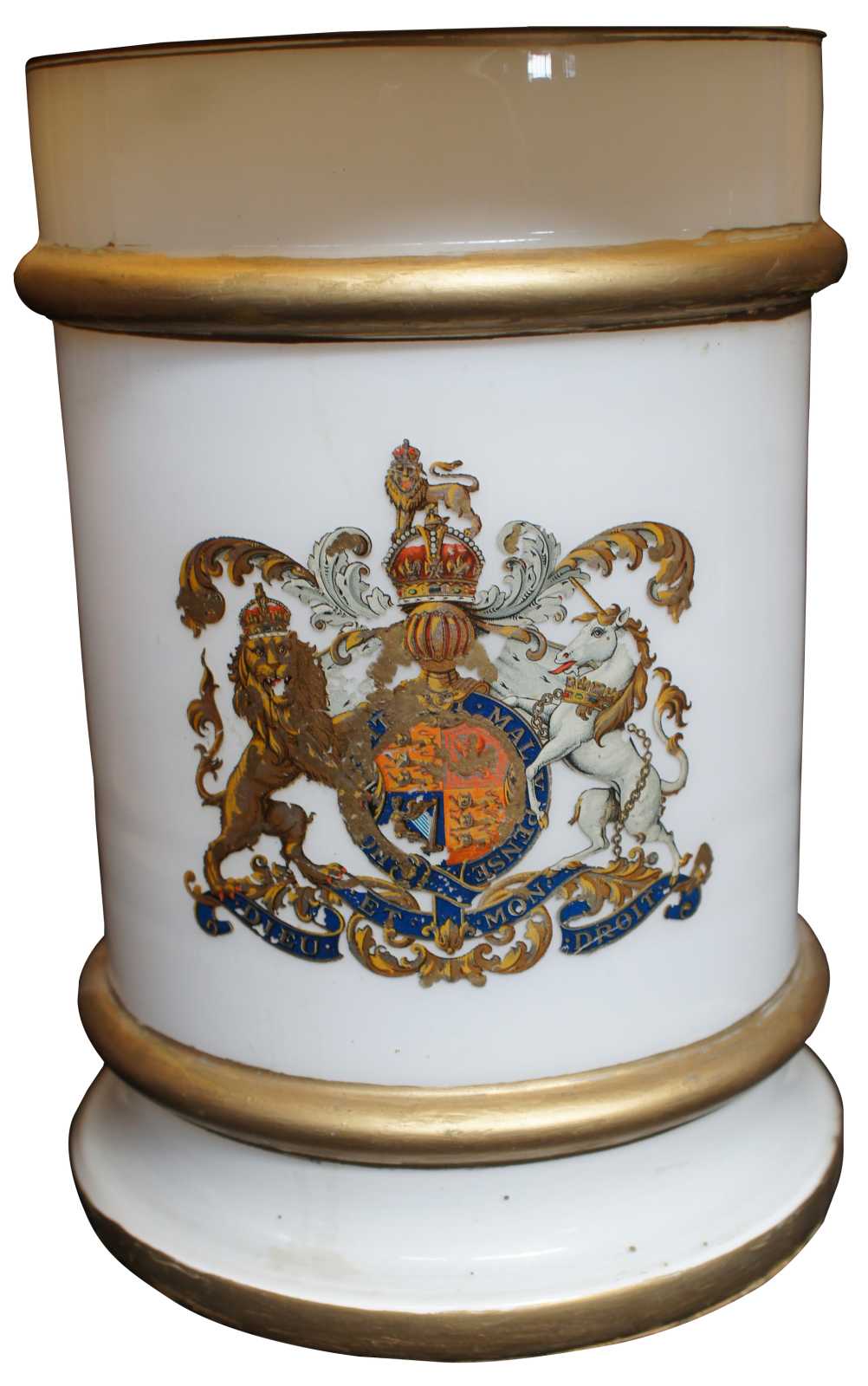 The Royal Coat of Arms acts as the official coat of arms for the British monarch.

The Royal Coat of Arms features a shield divided into four quarters. The quarters represent the symbols of Ireland, England, and Scotland. Wales does not play a role in the Royal Coat of Arms as when the Act of Union came about the Kingdom of Wales was already integral to England.

The upper left and lower right quarters of the shield feature the three guardian lions of England. In the top right is the lion rampant, Scotland’s royal symbol. In the lower left is a harp which represents Ireland.

Surrounding the shield is the Garter circlet. The Order of the Garter is a chivalric order first started by Edward III, an English monarch. The circlet is inscribed with the order of the motto: “Honi soit qui mal y pense” (shame on he who thinks evil).

Above the shield is the royal crown which is topped with a golden crowned lion.

The lion and unicorn stand upon a small frame, commonly referred to as a compartment. It features a thistle, Tudor rose and Shamrock. They respectively represent Scotland, England and Ireland.

Also along the compartment is the motto of English monarchs: “Die et mon Droit” (God and my Right). This motto has been carried to the present royal family.

The United Kingdom Coat of Arms is made up of the Arms of Scotland and England.

Wales is not represented in the Royal Arms as by the time of the Act of Union in 1707 Wales was already integral to England. However, there is a Welsh coat of arms.